Lately I’ve wrestled with the word “fearless”. It doesn’t settle well in my life anymore…actually it has no place at all. I’ve learned to lean into fear: I embrace it, own it, recognize it, and deal with it.

Think about it – is one ever fearless?

Do we ever calm the beating heart when we put ourselves out there in front of people or when we bet back in the gym one more time because we fell off the wagon for the 20 millionth time.Will we ever feel fearless when we choose to stay instead of run and face our terrible mistakes….

When we send out our 25th resume already assuming we will get on more rejection….

When we say “I’m sorry” to the one we’ve hurt but loved the most…..

When we choose to be authentic in a culture that demands sameness..…

When we realize we’re in debt up to our eyeballs and we have to ask for help….

When believing in the promises of God become impossible….

When people respect us and we fail terribly…and lose terribly…..

No, fearlessness doesn’t exist, but courage sure does.

Courage is the gentle whisper that carries the strength to silence loud and insecure fears.

It doesn’t’ ever need to be explained, defended, or justified – courage just stays the course and begins again and again and gain.

Courage grabs the paws of a lion and holds on tight until the battle is won.

Courage gives us the strength to backdown from an accuser because it knows words won’t pacify – only actions.

Courage won’t fight battles that that are built on “proving and striving”.

Courage knows that personal responsibility and growth are the keys to rising above.

Courage says “yes” even when you want’ to say “no.”

Courage pushes you one more mile.

Courage knows it has a purpose in the middle of pain.

Courage believes the storm’s rain is there to grow us, not to destroy us.

If we ever want to experience great courage, we must first get good at feeling fear.

With all my heart, 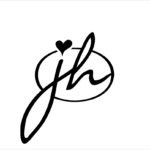